“We teach girls that they can’t be sexual beings in the way boys are. We teach girls shame…we make them feel as though by being born female, they are already guilty of something. And so girls grow up to be women who cannot say they have desire. Who silence themselves. Who cannot say what they truly think. Who have turned pretence into an art form”

– We Should All Be Feminists by Chimamanda Ngozi Adichie.

The above quote was the first thought that came to mind when I decided to review Season Of Crimson Blossoms. It was the stand out theme for me. The fact that women are always taught to shut out their sexual desires. But Season of Crimson Blossoms isn’t about shutting down and awakening of sexual desires. It is also a book that deals with religious and ethnic violence.

The story is set in predominantly Northern Nigeria against the backdrop of violence in the author’s home city of Jos, Plateau State. The plot also spills into other parts of northern Nigeria, including the capital, Abuja; the story takes place roughly between 2009 and 2015. The story focuses on Binta Zubairu, a Muslim widow in her mid-50s who falls for Reza, a local political thug and drug lord in his early 20s. Binta, a survivor of violence that tore her family apart in her former home in Jos, sees in Reza not her murdered husband but her slain son Yaro. In turn, Reza, with an ailing father and a mother he last saw as a child, feels the undertow of parental warmth in his budding liaison with Binta. When they meet again and have sex, the dynamic feels incestuous to them, as Binta reminds Reza of his mother who abandoned him and he reminds her of her slain son, whom she could not address by his given name due to social norms. 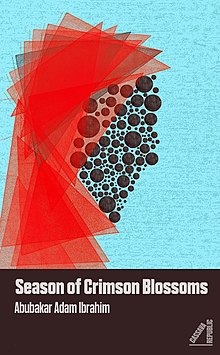 I like to think of this story as one with HEART. I love the theme of religious crises and the meaningless loss of life. As a Southerner and a Christian, the impression is that crisis in the North are always perpetuated by the Northerners. The Christians are always victims and never predators. But there’s a different narrative in this book that doesn’t seem whole;

“Binta fiddled with her fingers. ‘My husband, God rest his soul, was killed by some Christian boys he employed. They were people he called by their birth names and did business with. My sister’s husband and her son were hacked to death by their Christian neighbours because a woman urged them to.” (271)

He always smiled at their jokes. But, that morning, he was not smiling. His face, made fierce by war paint, glistened with sweat and odium as he raised his machete and brought it down. Bright, red blood, warm and sticky, splashed across Faiza’s face and dotted, in a fine spray, the shell-pink nightdress that her father had bought her. (84)

Speaking about Faiza, she was an energetic young teenager who for a long time suppressed the killings of her father and brother. But as most suppressed traumas are, they find a way to regenerate and this brings me to the theme of Mental Health. We Africans pay little or no attention to mental health issues and psychological issues and the book in itself does not focus so much on Faiza.

There are lot of things you’ll discover when reading SEASON OF CRIMSON BLOSSOMS;

1) That in a country like ours, crime and law can sleep together. Provided backs are scratched and money changes hands.

2) That you can’t always hold on to anger to justify emotions.

3) That our leaders are corrupt and evil and care only about themselves -Senator Buba Maikudi; a selfish and morally dirty politician who literally leads Reza to his grave.

4) That we are like clothes. We get rumpled, and creased and torn, sometimes irreparably. Some of us are stitched up, patched up, others are discarded. Some clothes are fortunate. Others are not. They are born into misfortune and ink spills and whatnots… 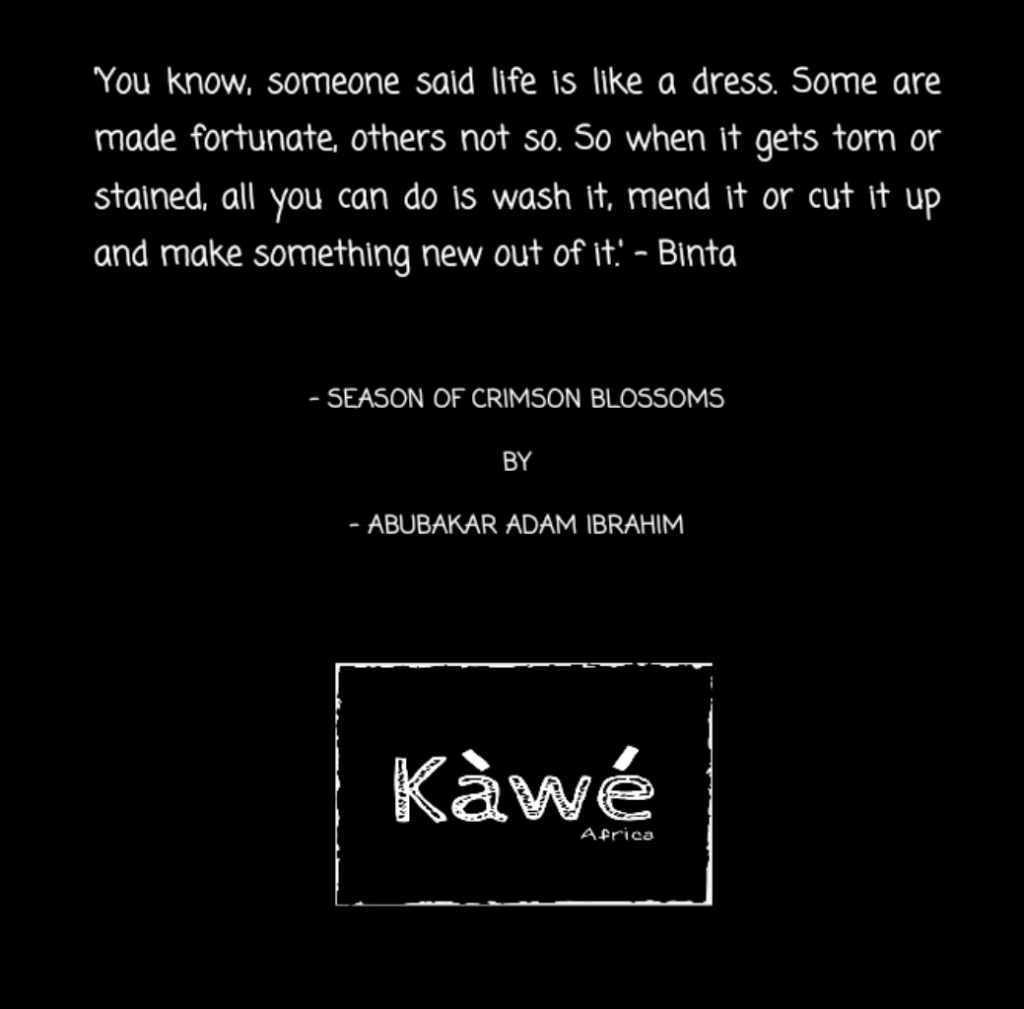 5) That life is like a dress, some are made fortunate, others not so. So when it gets torn, or stained, all you can do is wash it, mend it, cut it up and make something new out of it.

I wish Season Of Crimson Blossoms had a better ending though. It felt as though the writer was allowing for sexual expression while still judging Binta for her deeds. I saw my self begin the novel all over when I got to the end.

“Hajiya Binta Zubairu was finally born at fifty-five when a dark-lipped rouge with short, spiky hair, like a field of minuscule anthills, scaled her fence and landed, boots and all, in the puddle that was her heart”

There’s a reason Season of Crimson Blossoms won the NLNG PRIZE FOR LITERATURE – it is an excellent book and its literary craftsmanship is outstanding! 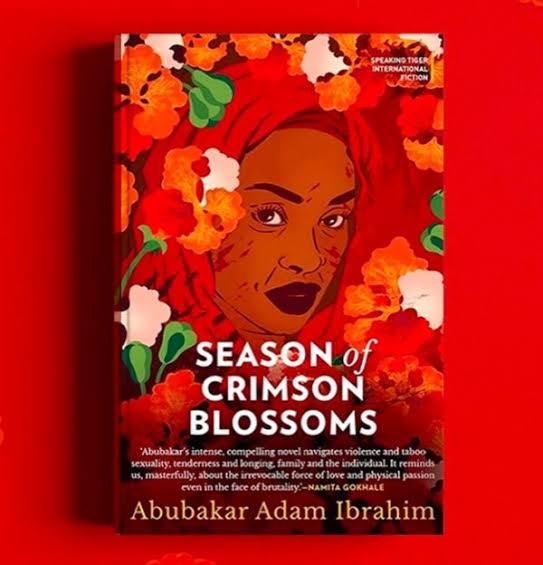